The initial subscription fee is $5,000, which covers the software license and initial training on use of the system. An annual maintenance fee of $500 covers technical support and troubleshooting, geologic consultations, and software upgrades and maintenance during the subscription year.

Oil and gas well records should be available to all Pennsylvania's citizens, not just a select few citizens with the ability to pay DCNR's exorbitant charges.

4/25/2016 The following are Snips from CAMA meeting minutes:

May 23, 2016 Letter of Intent signed by Epiphany and CAMA at the following link: 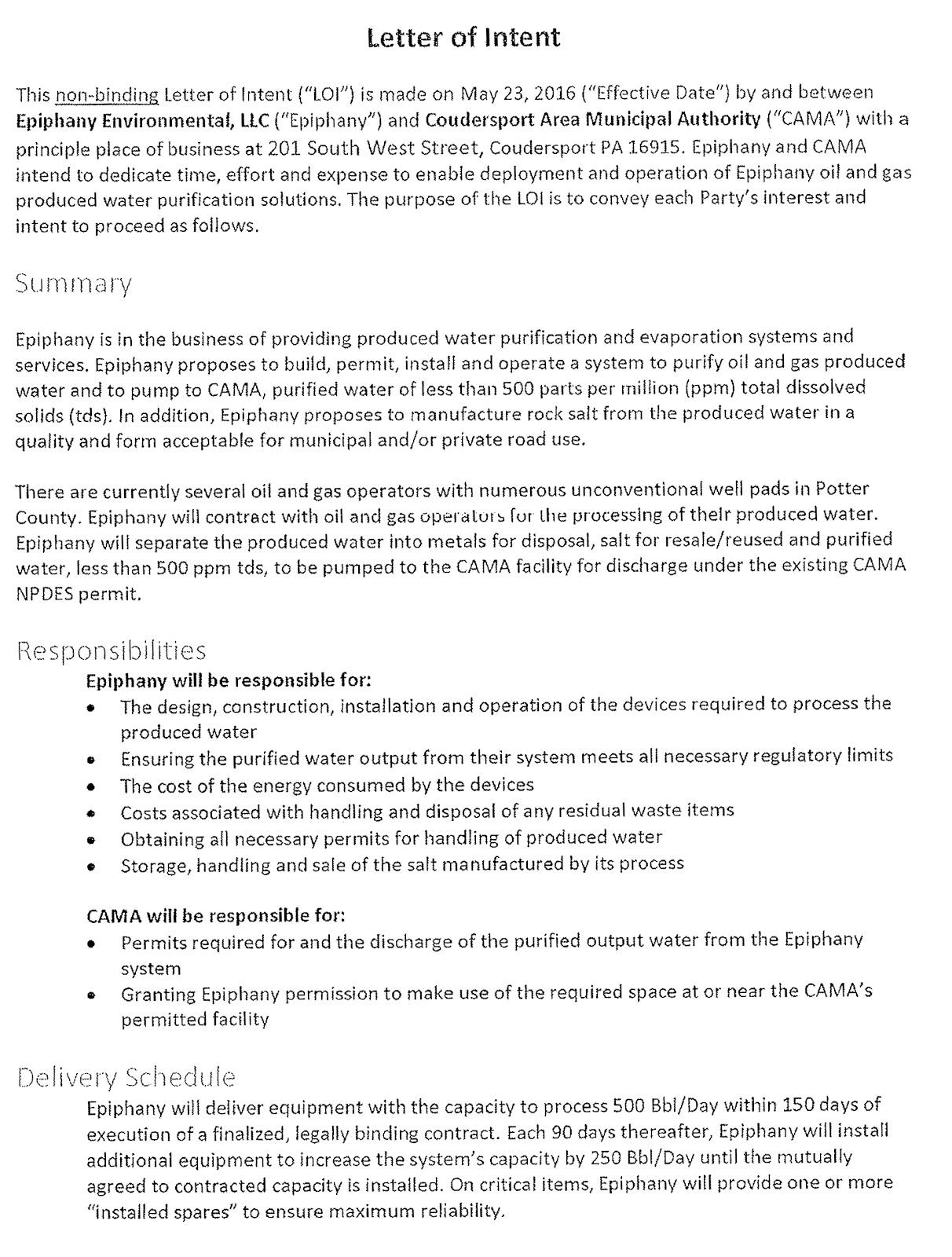 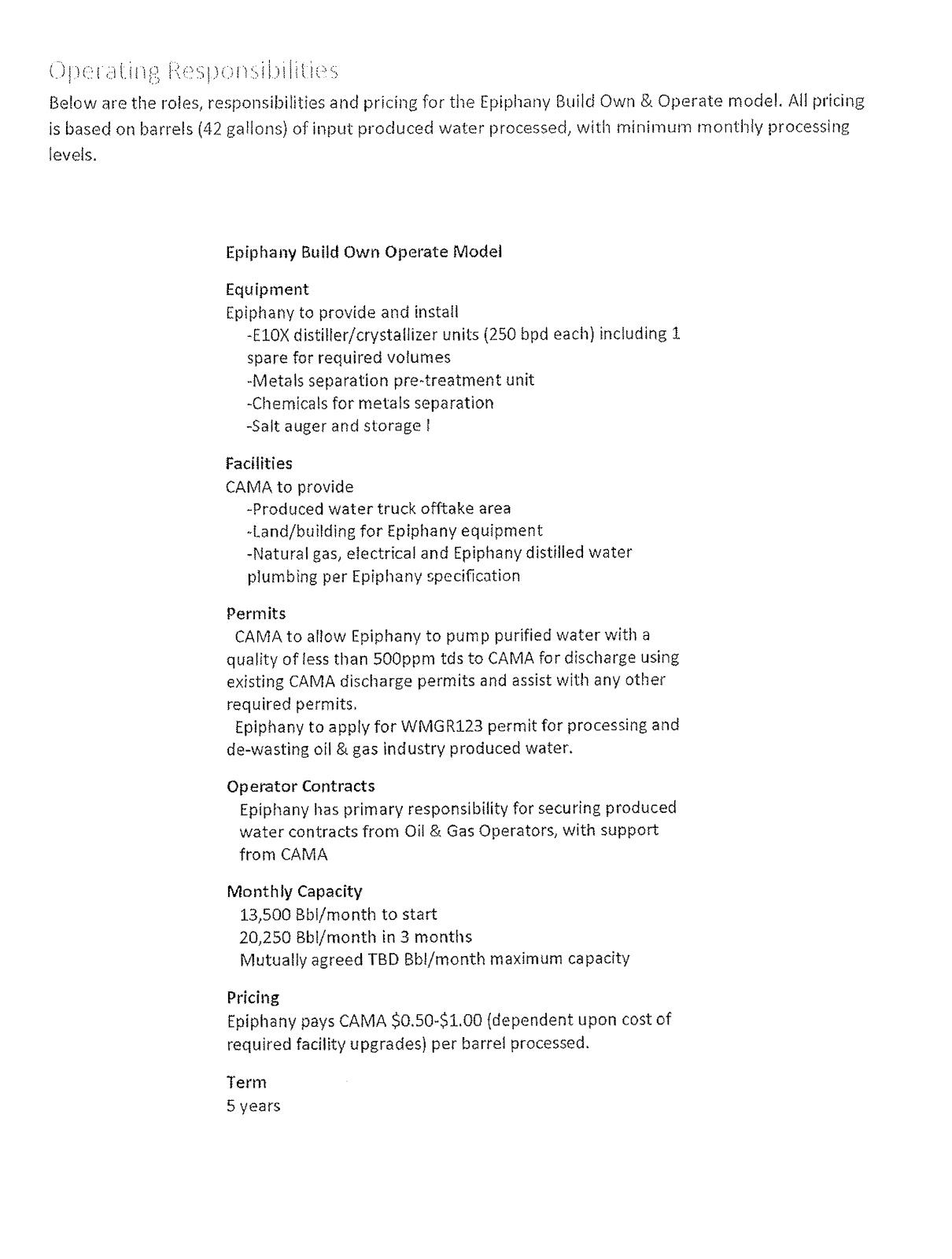 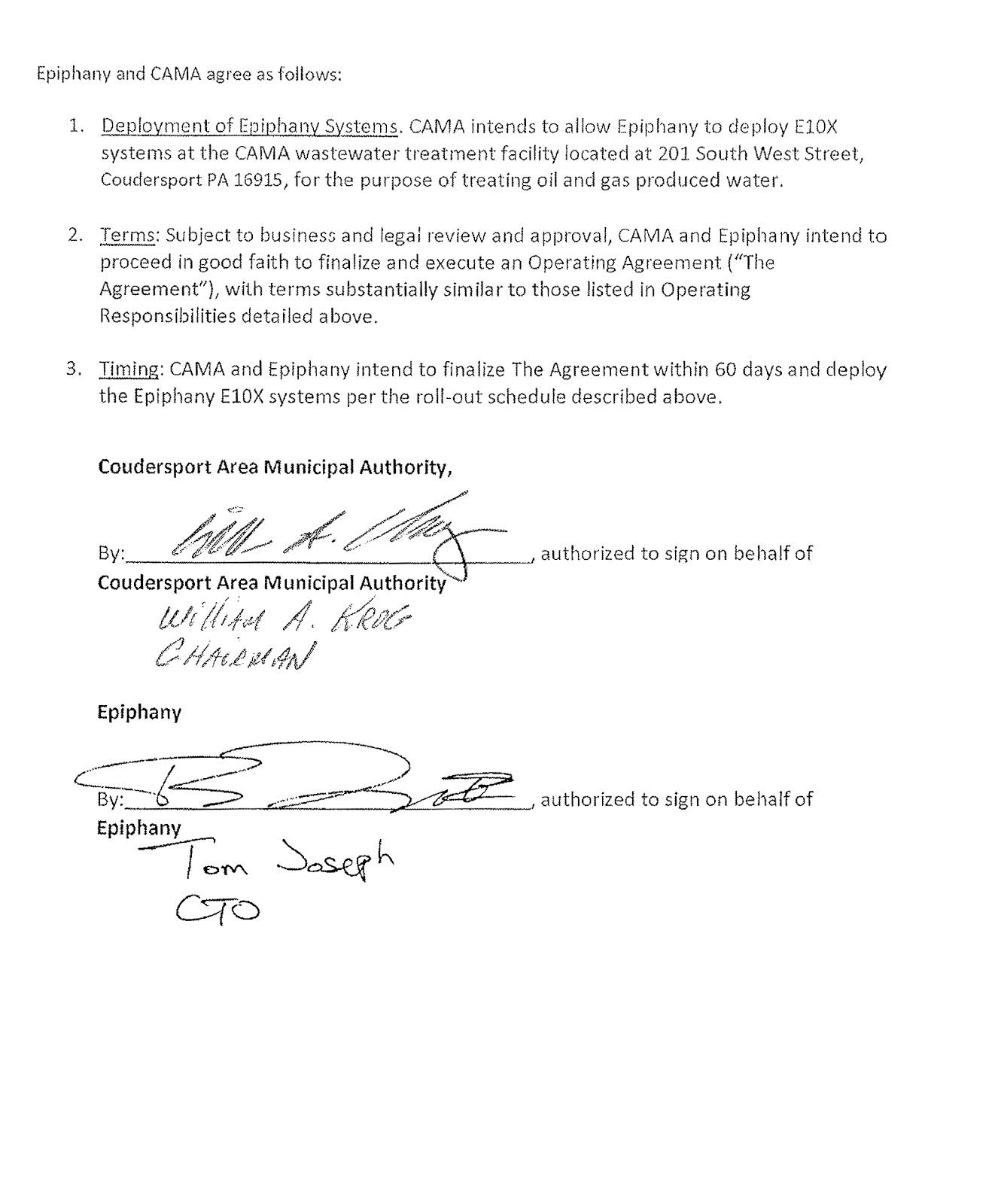 August 26, 2016, Epiphany Environmental was created (according to Pennsylvania Department of State data base). link to Business Entity search tool : https://www.corporations.pa.gov/search/corpsearch 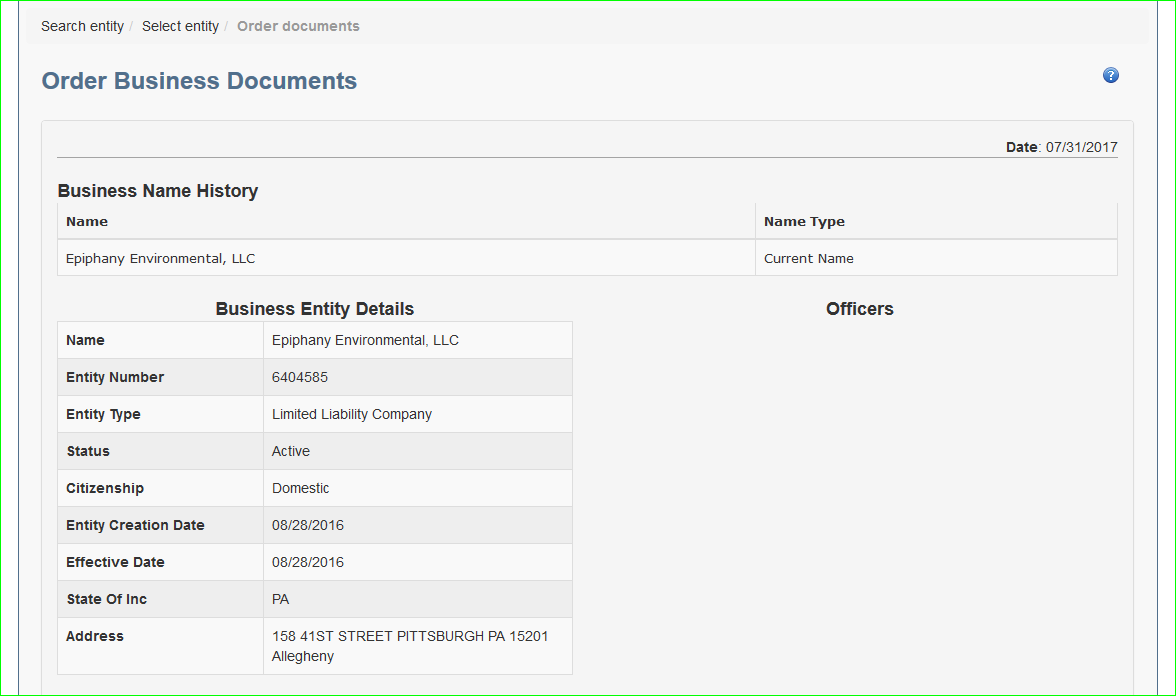 ( THEY had questions ABOUT ETHICS, really? ) 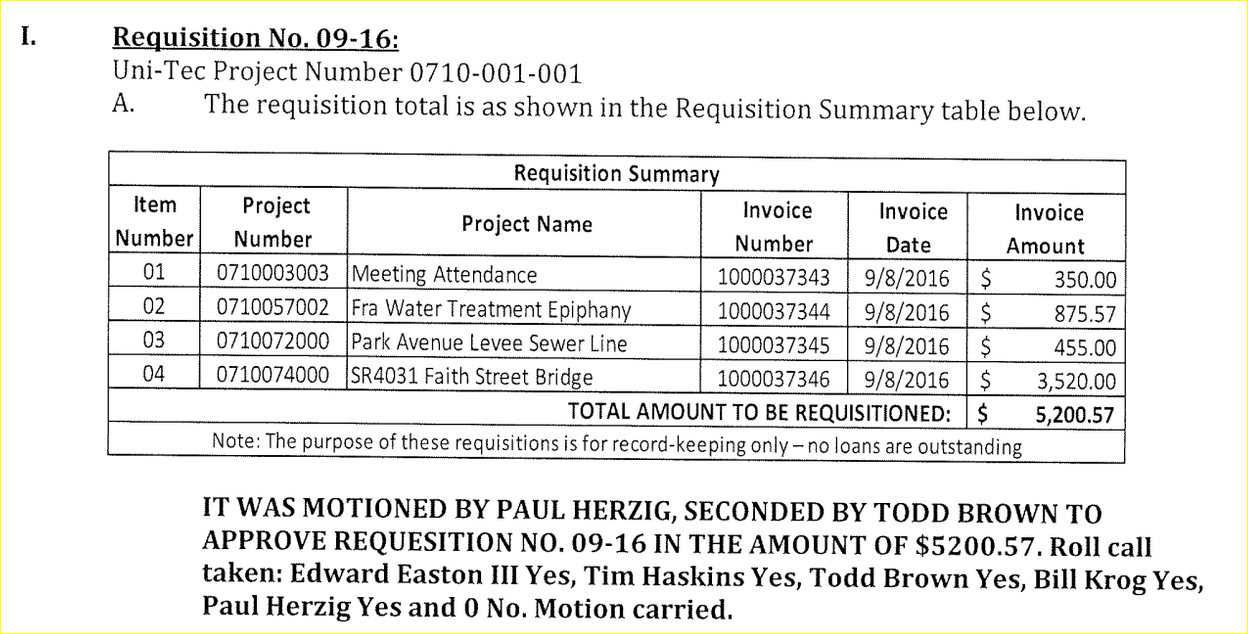 (At the time, the land the Wastewater Treatment Plant (WWTP) is on was deeded to Coudersport Borough. It was the Borough's property=asset. But it seems that may have changed after the November CAMA meeting.)

A "Corrected deed" will be filed? Nothing to see here folks, move along... 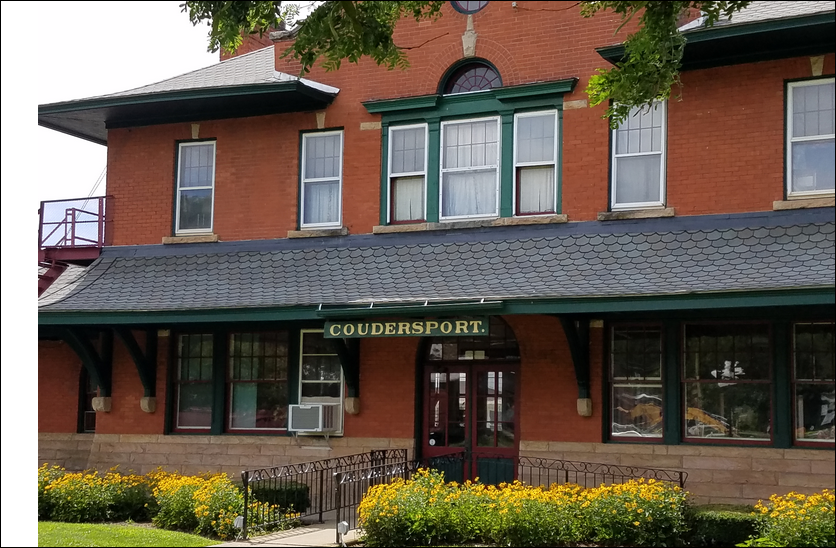 I can’t find any mention of the CAMA solicitor’s deed “correction” in any  of the Coudersport Borough Council meetings. Can you?

Link to page with all CBC Minutes: http://coudersportborough.org/minutes

DEP will allow them to Evaporate before permits? Really? And just what does "Evaporate" mean? Does it mean spray frack fluid into the air upwind of the school? Like this… https://encrypted-tbn0.gstatic.com/images?q=tbn:ANd9GcRRinSUdMIIvywWWnEKOyCMTee33ssK5jp21RdJGWuQnzA66z2E

Is this the Epiphany's evaporator? http://www.epiphanyws.com/mist-evaporators/ 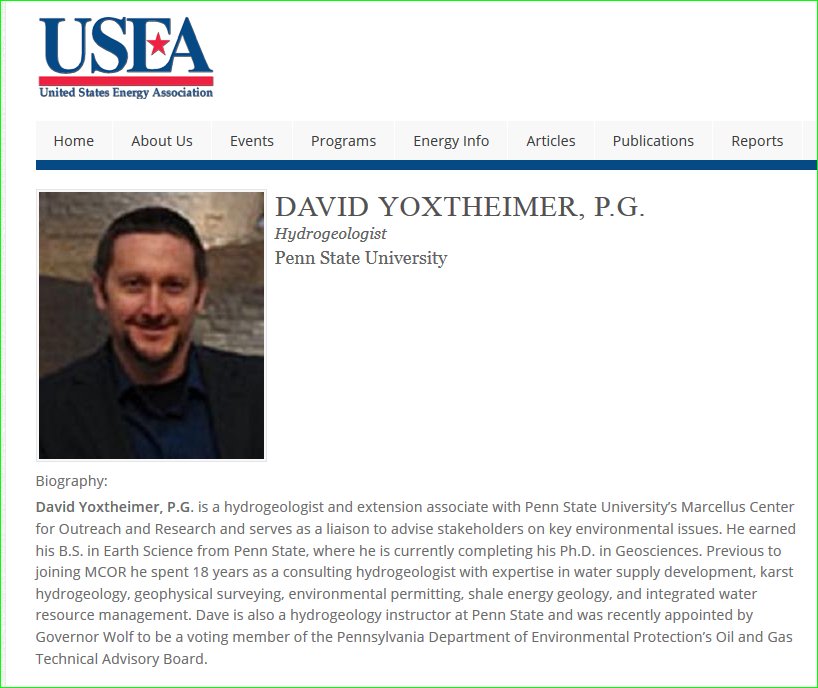 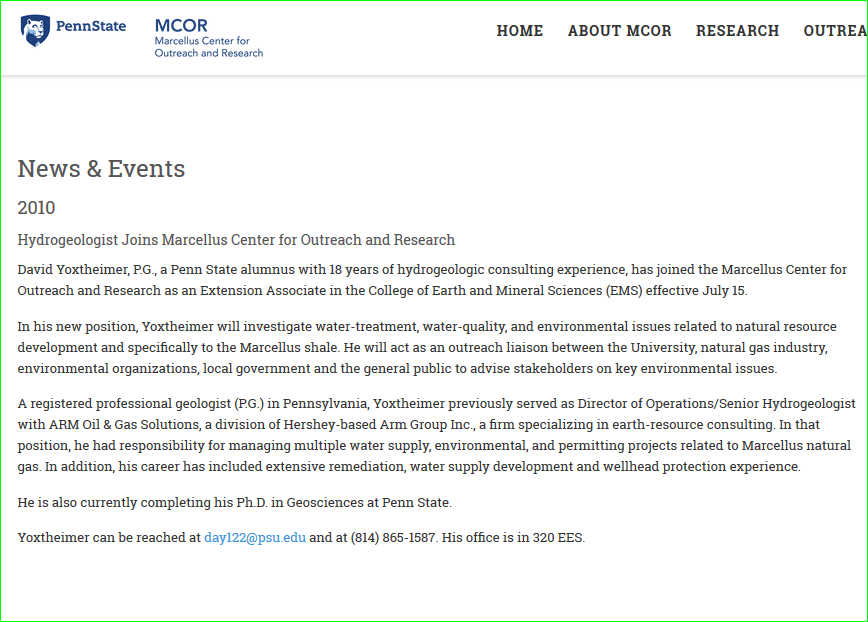 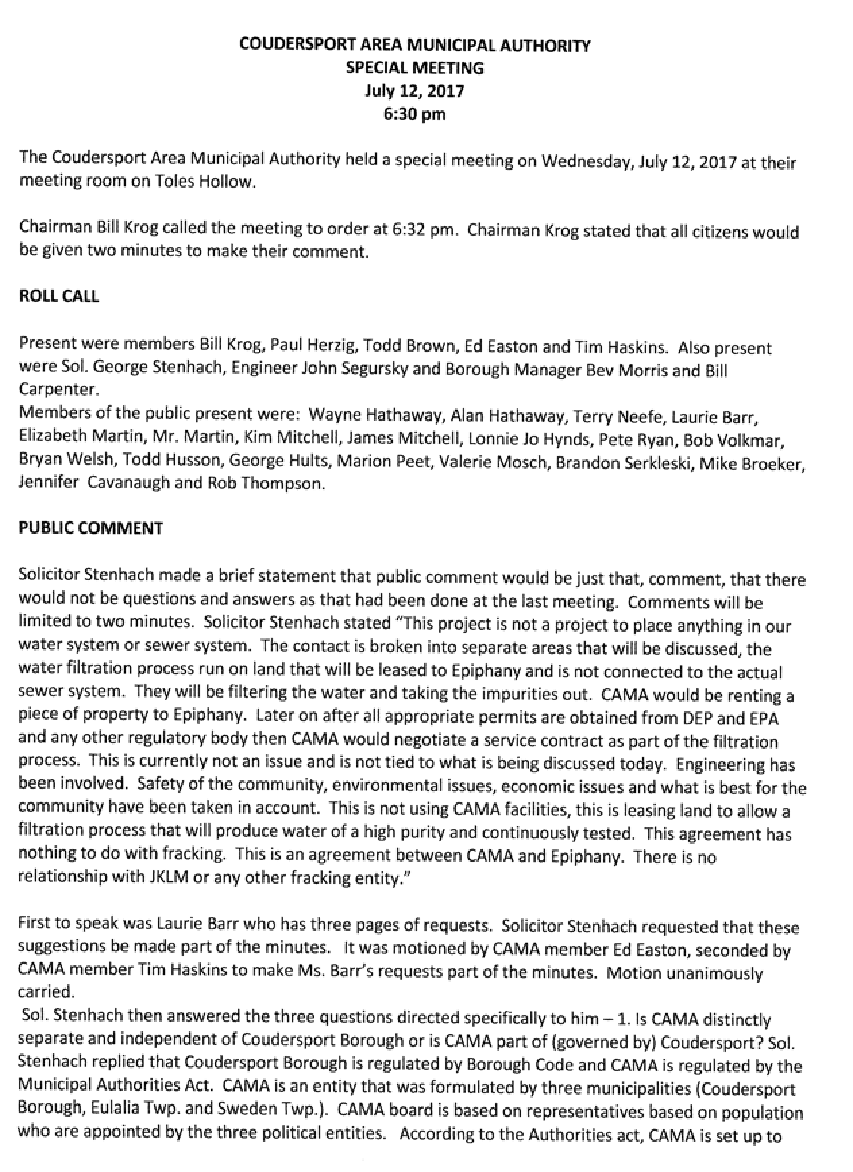 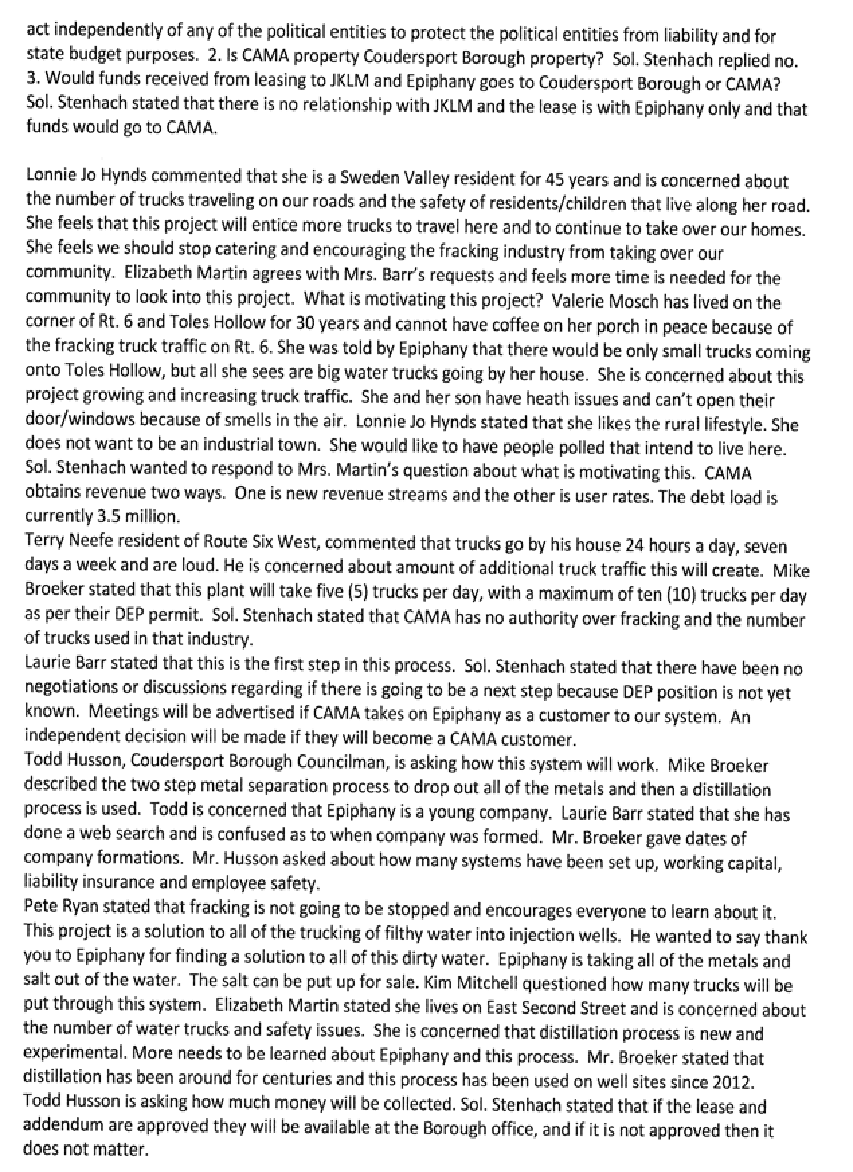 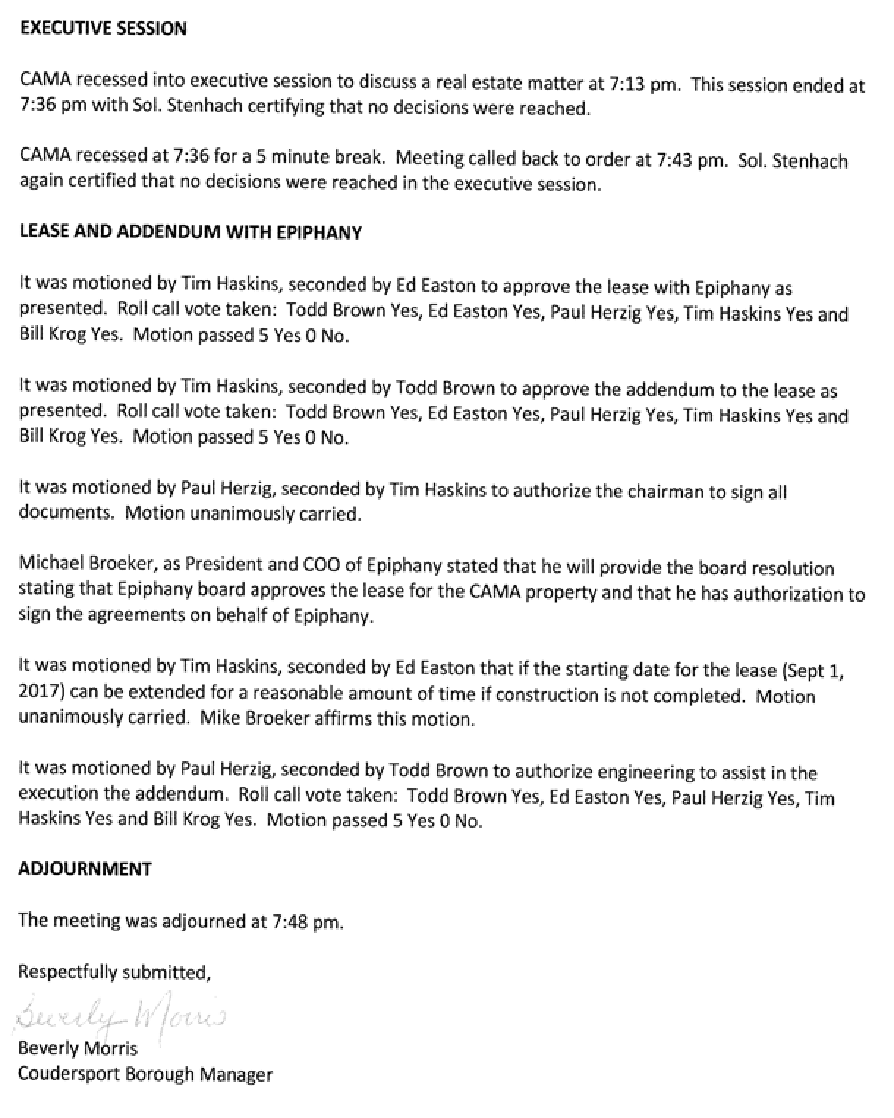 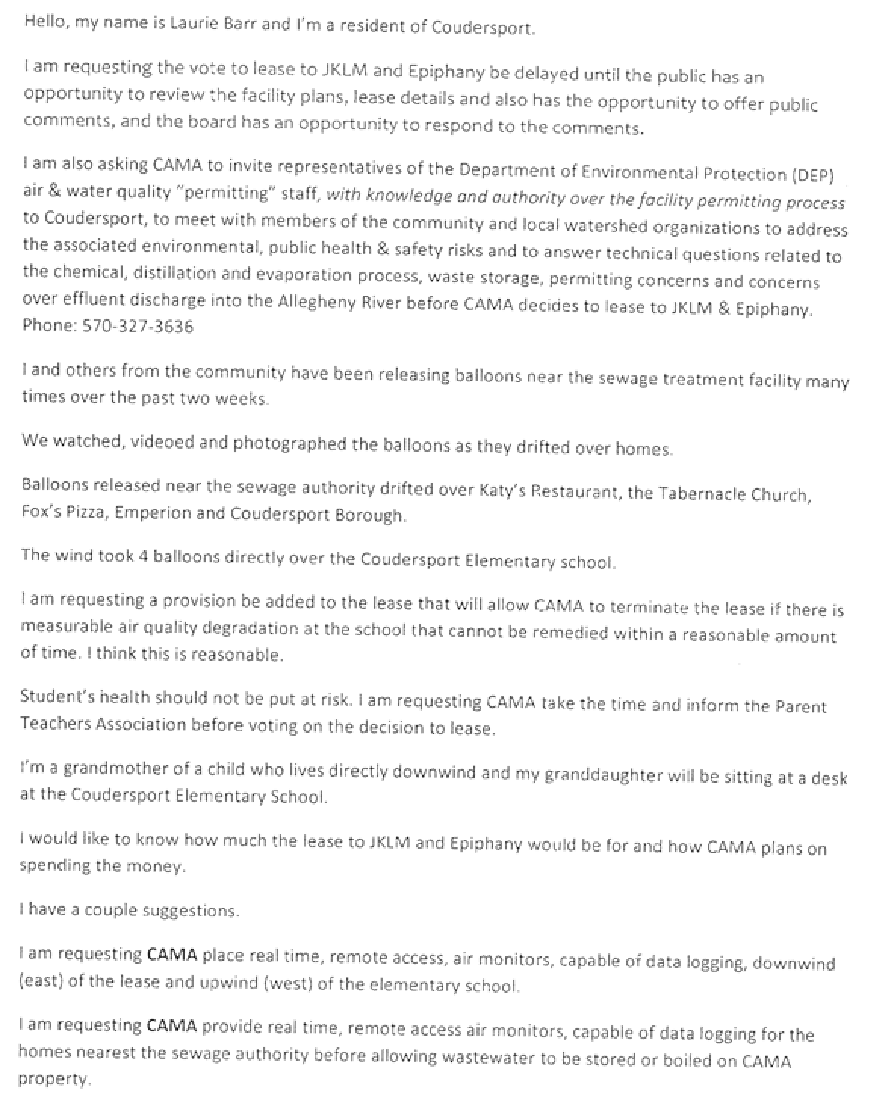 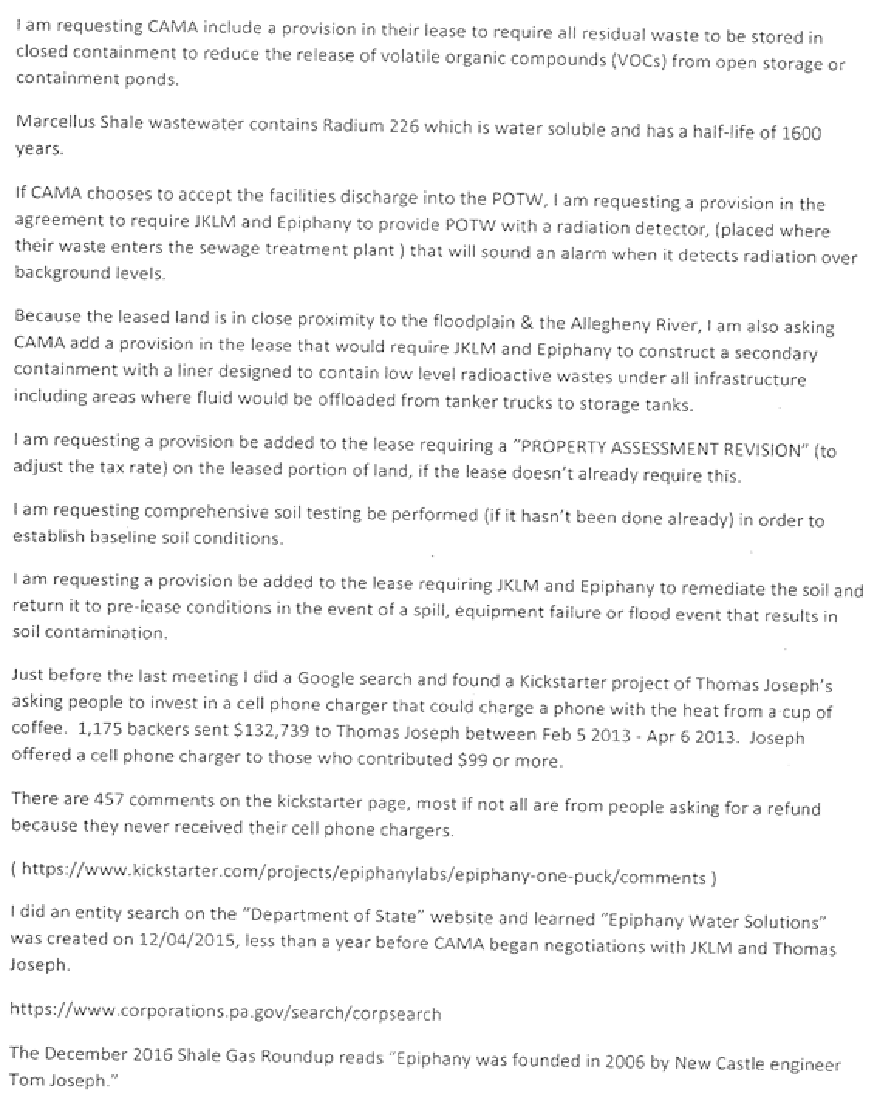 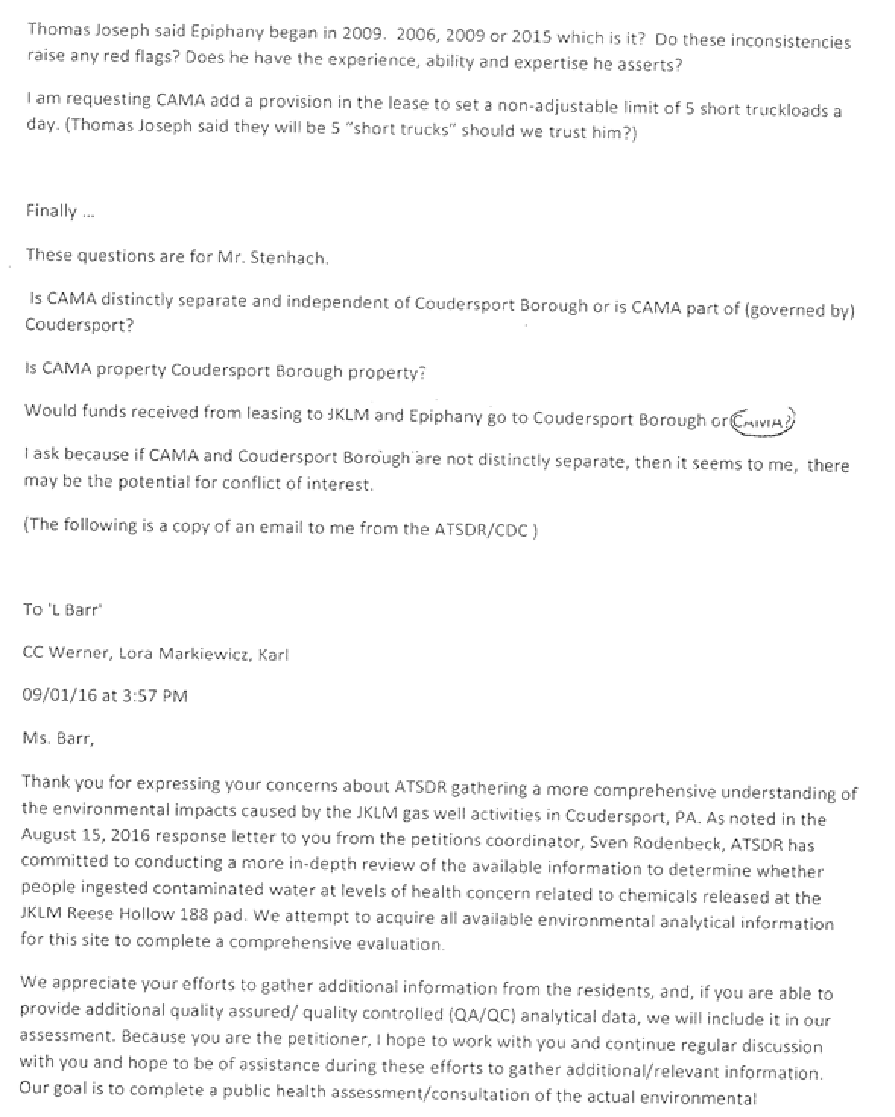 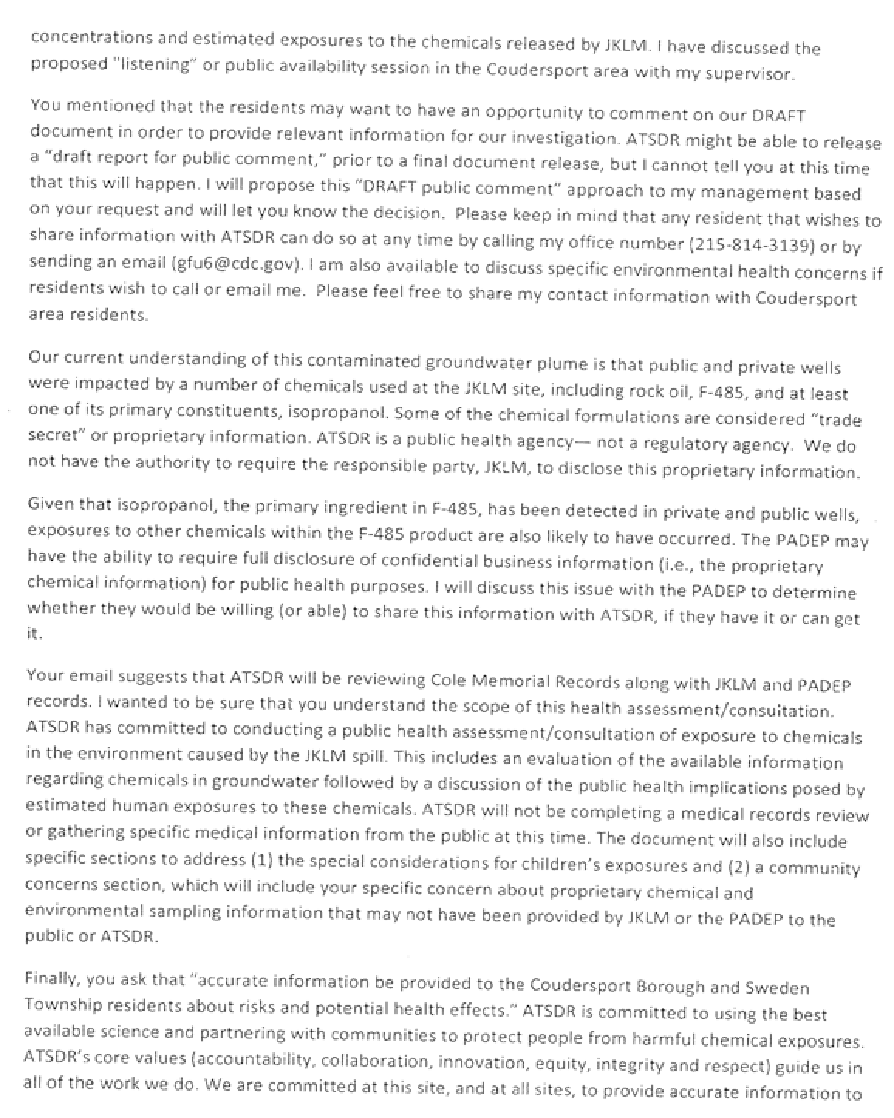 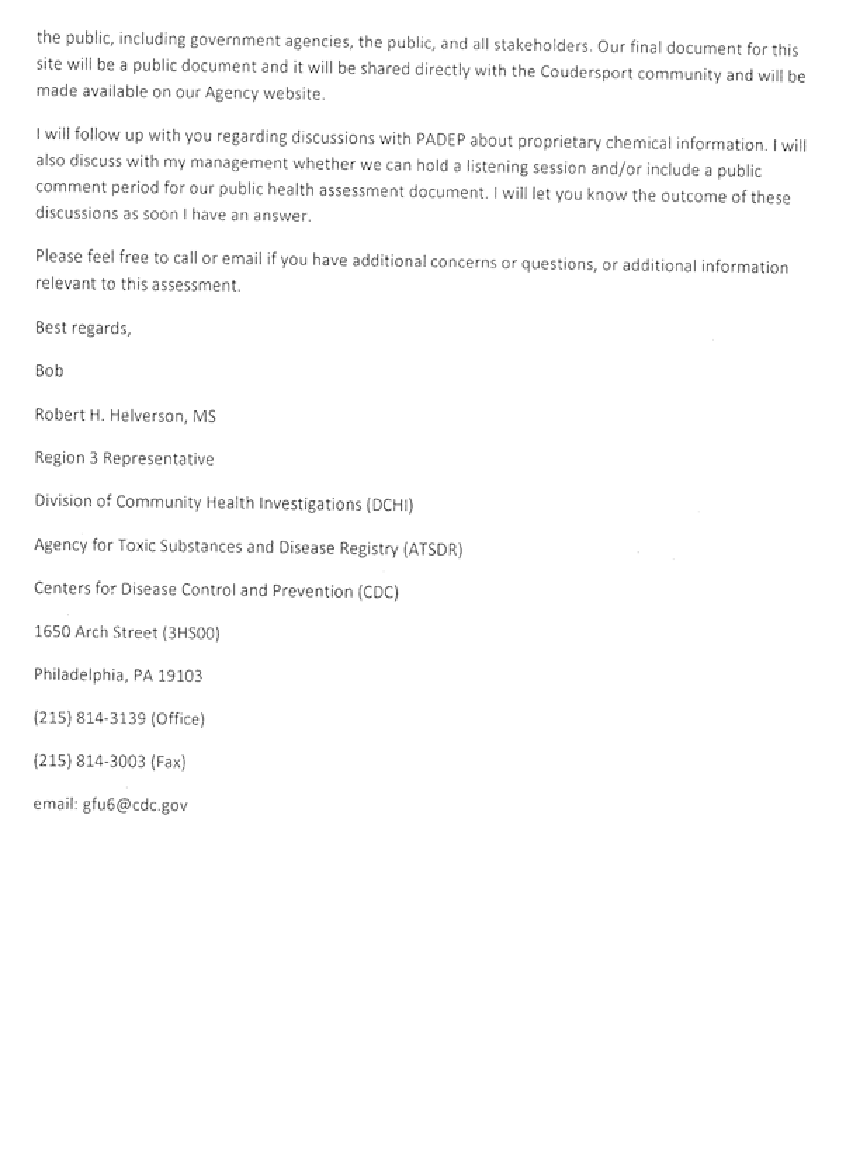 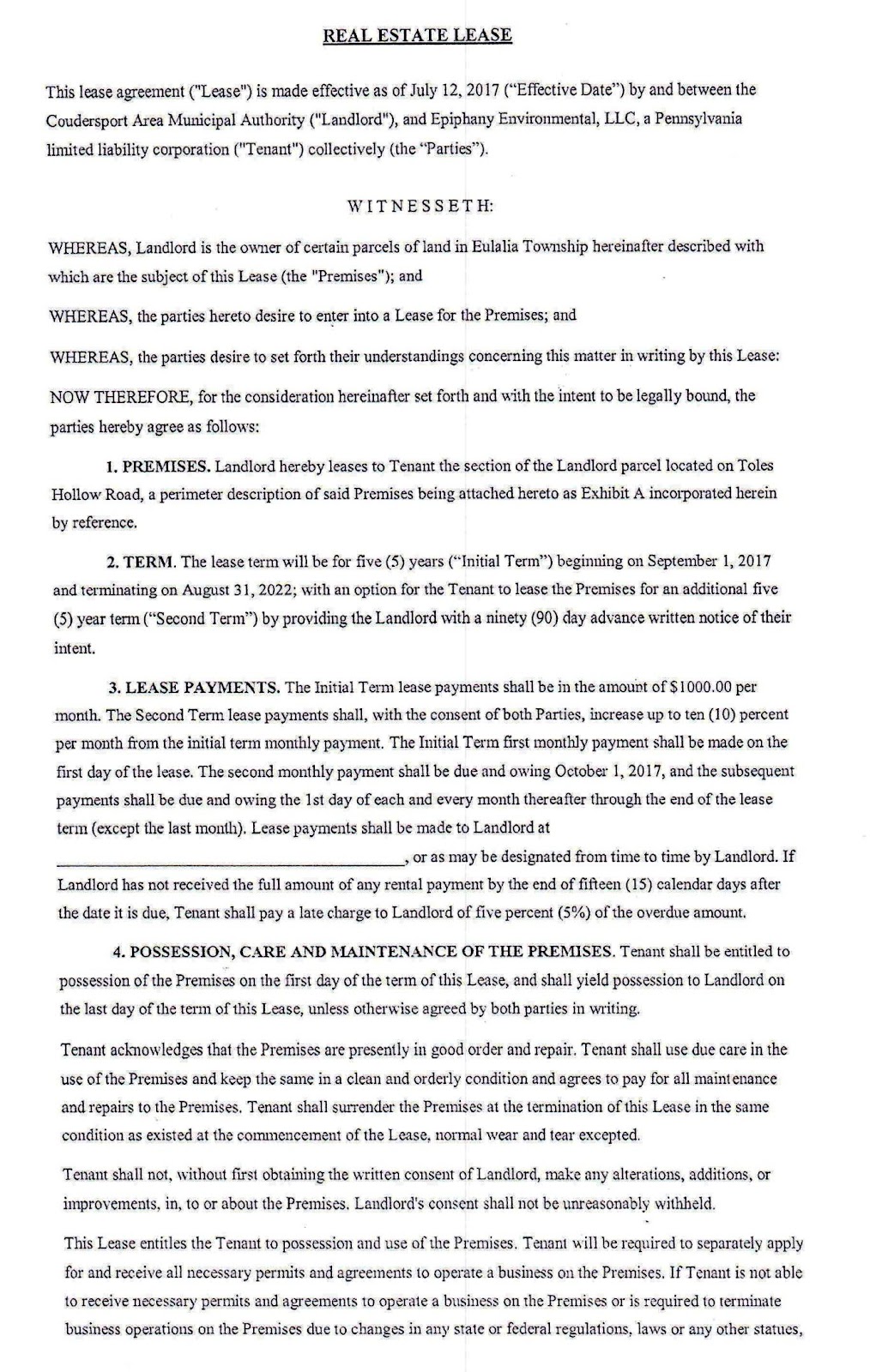 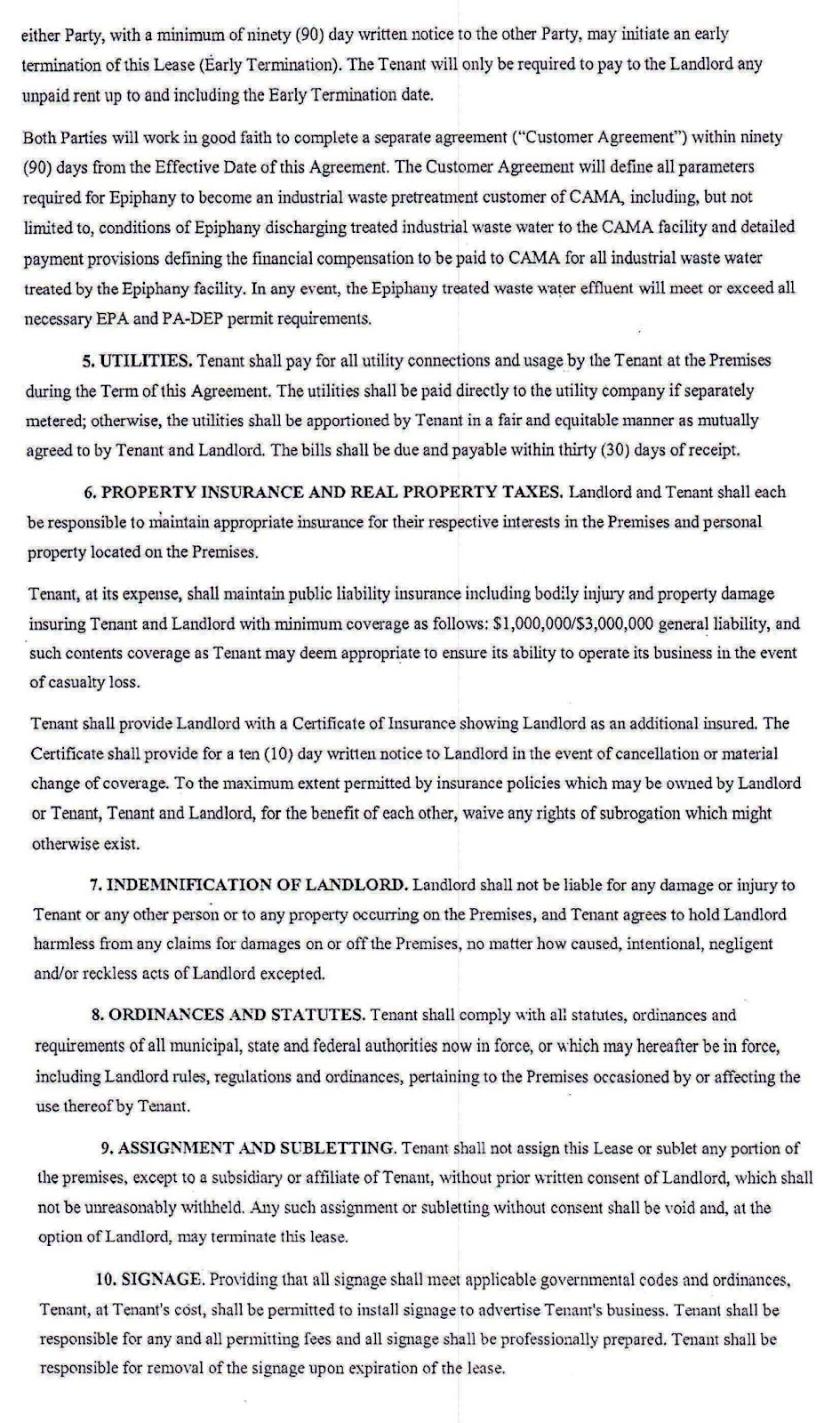 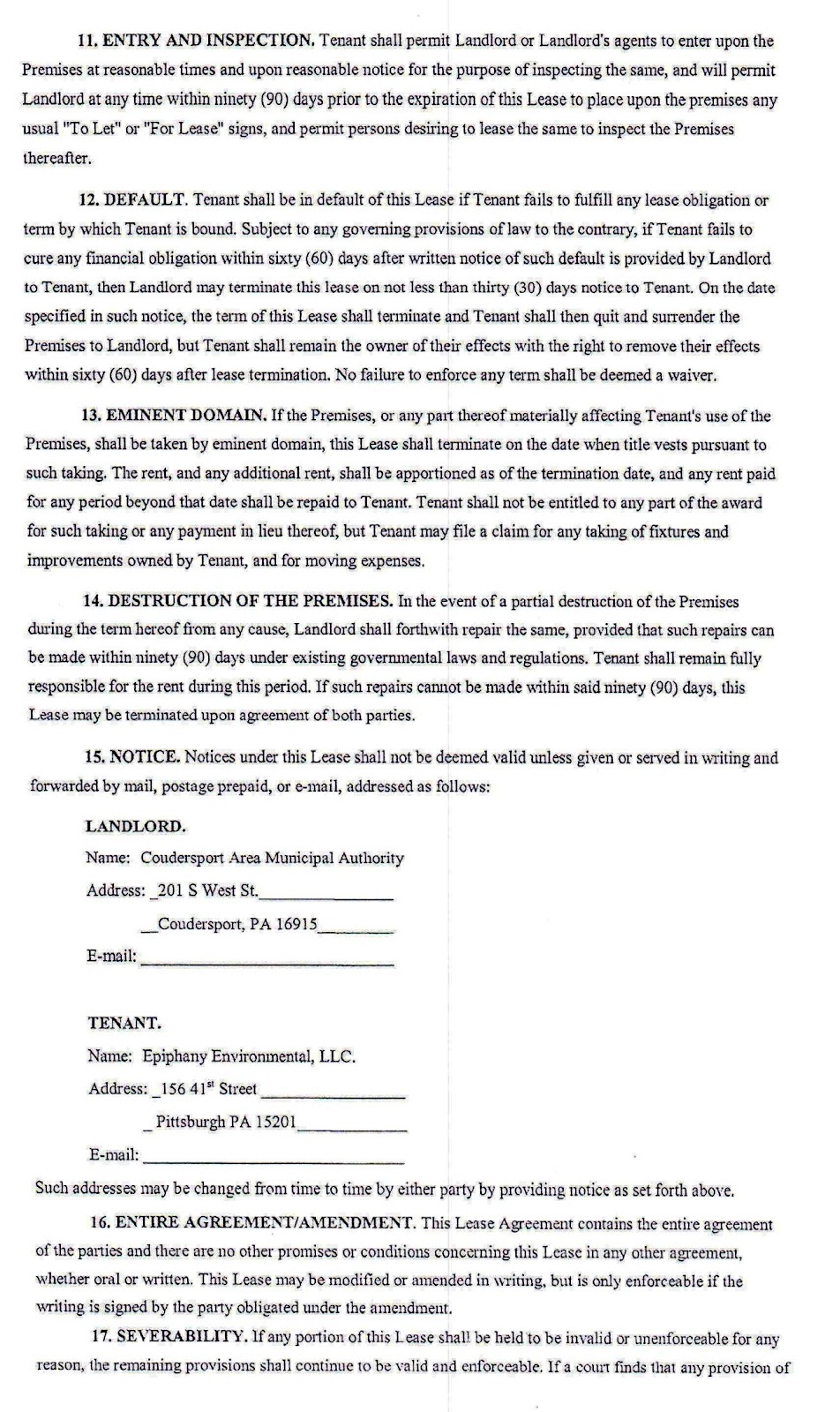 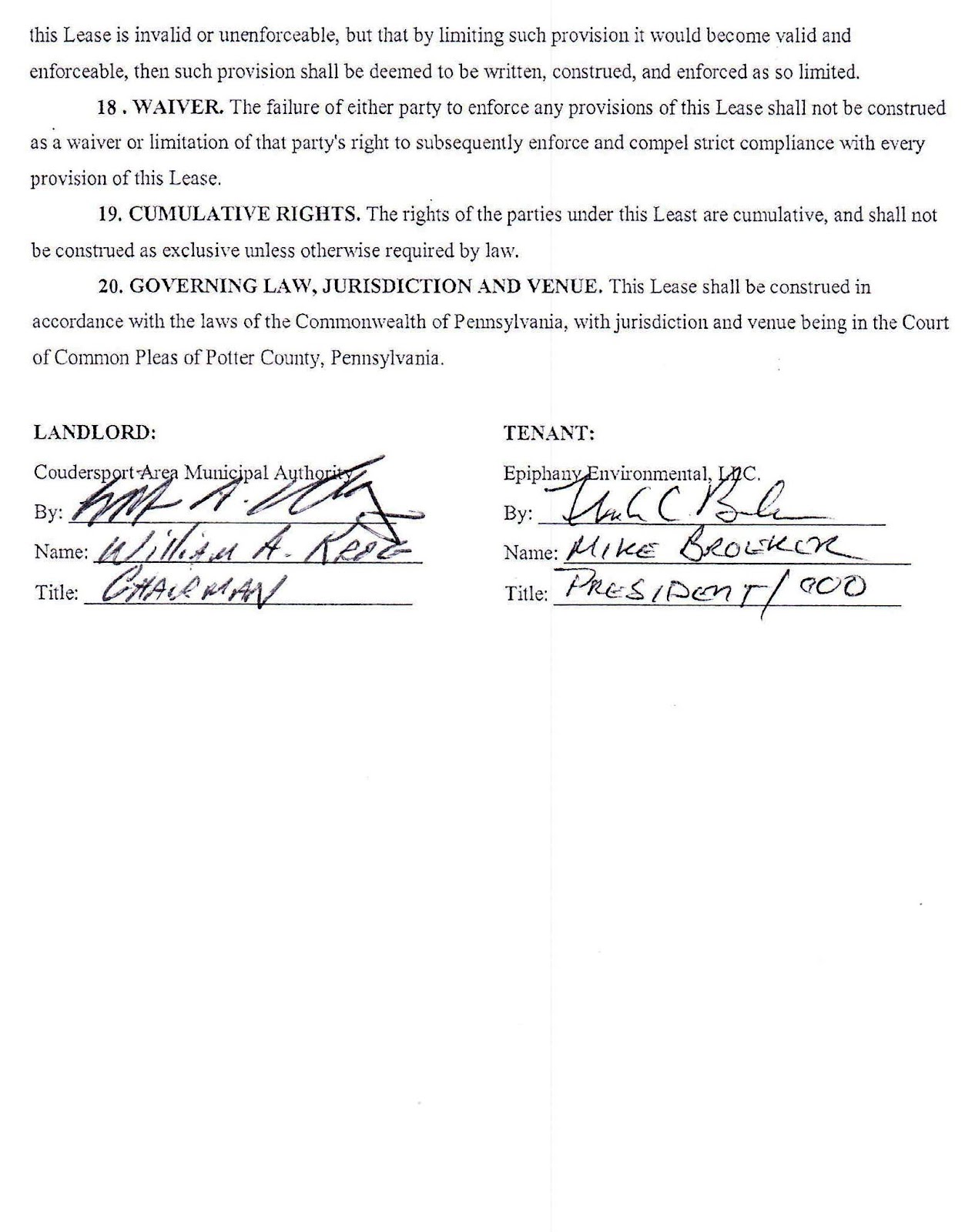 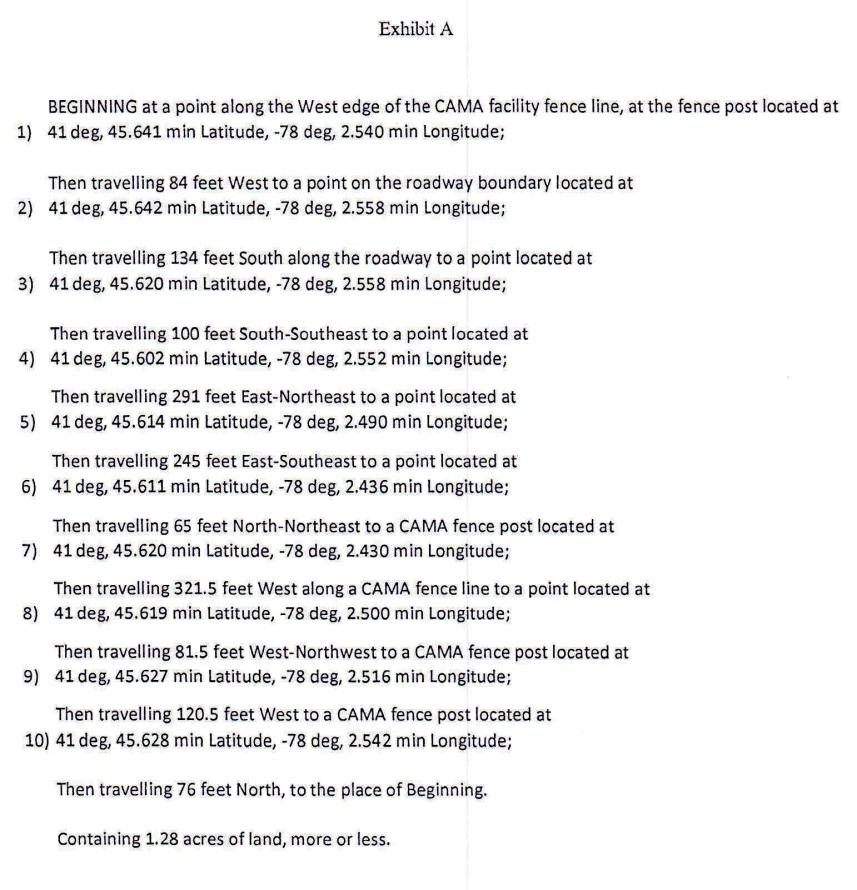 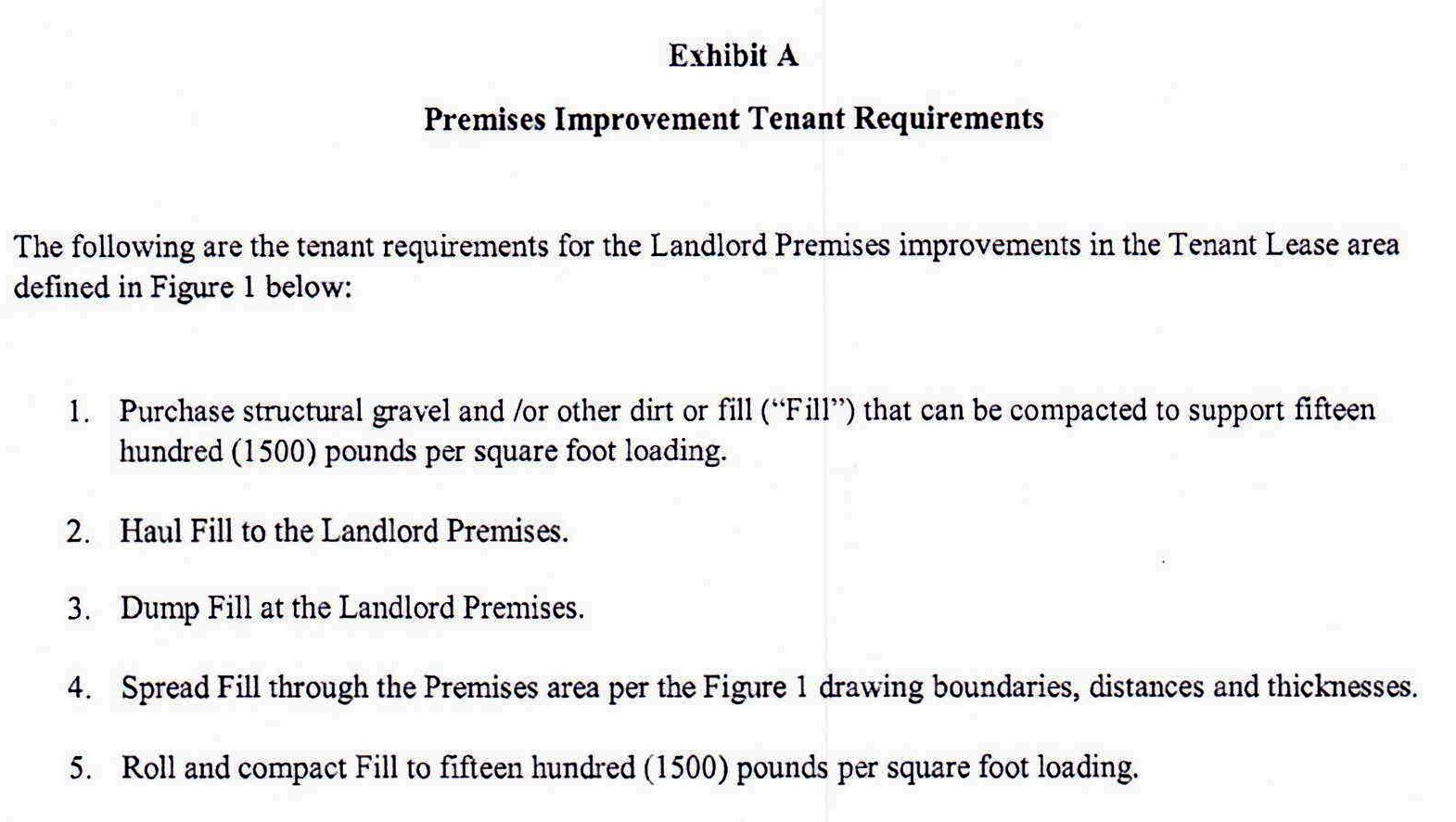 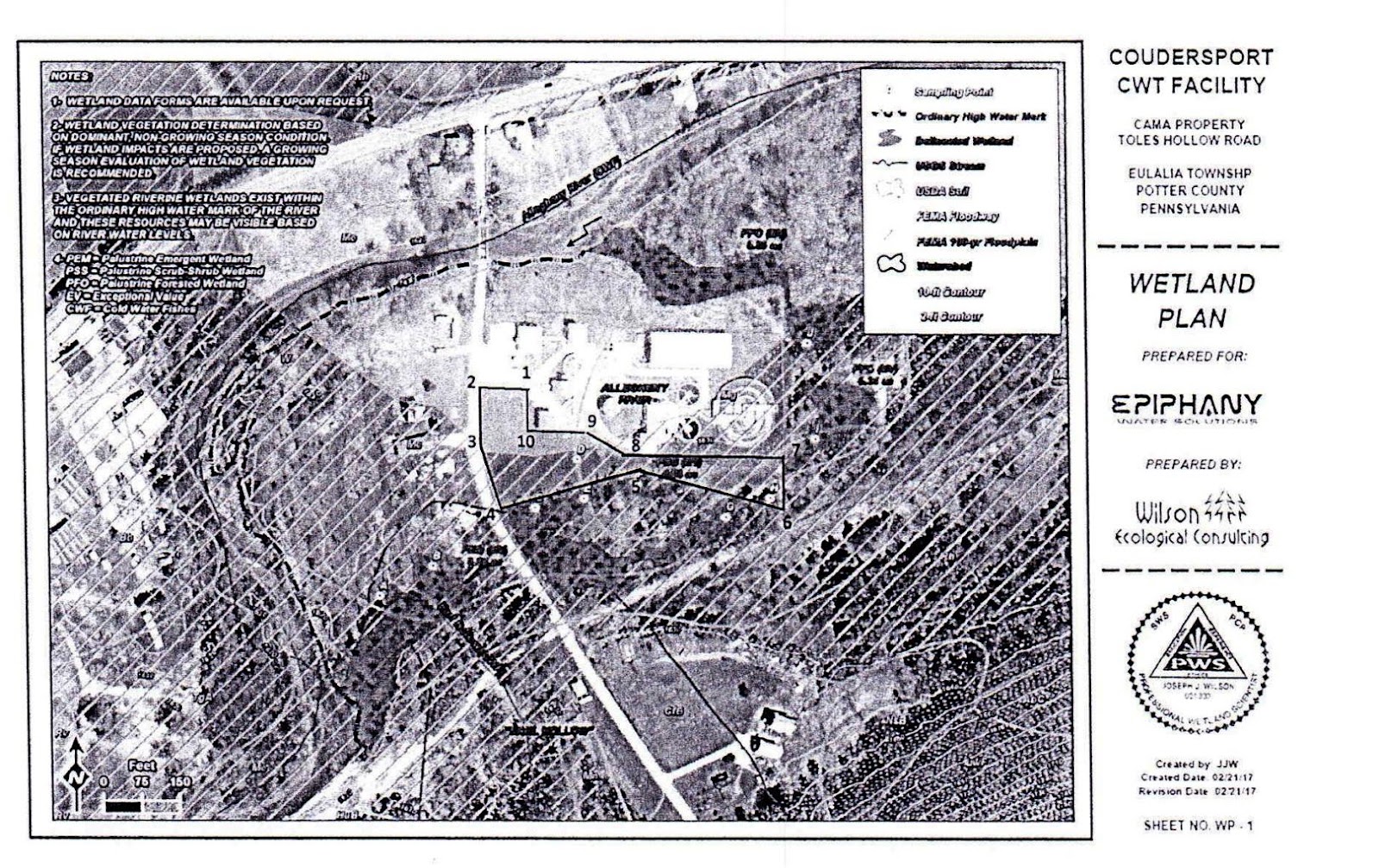 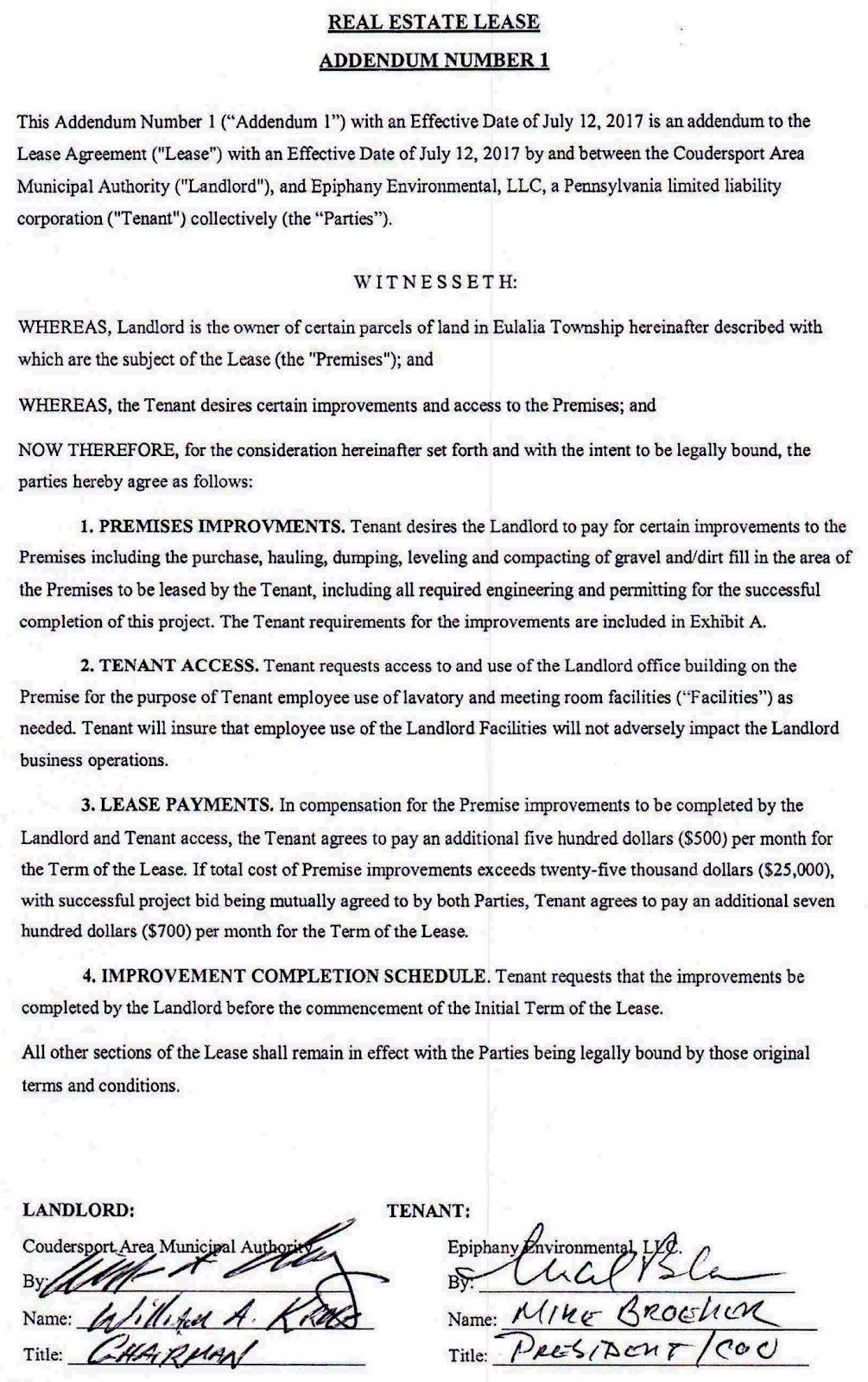 Lingering questions remain and the concerns raised have gone unadressed by CAMA.

Save the Allegheny Blog