How You Can Help

Your help and support are needed now!  Help protect our precious natural resources.

Please show your concern by attending the CAMA Meetings:

Click here to help Monitor the Air Quality in Coudersport

The DEP set up a resource email account to receive public comments!

You can file your comments with the DEP here: This email address is being protected from spambots. You need JavaScript enabled to view it.

Your comments are needed regarding these permits! 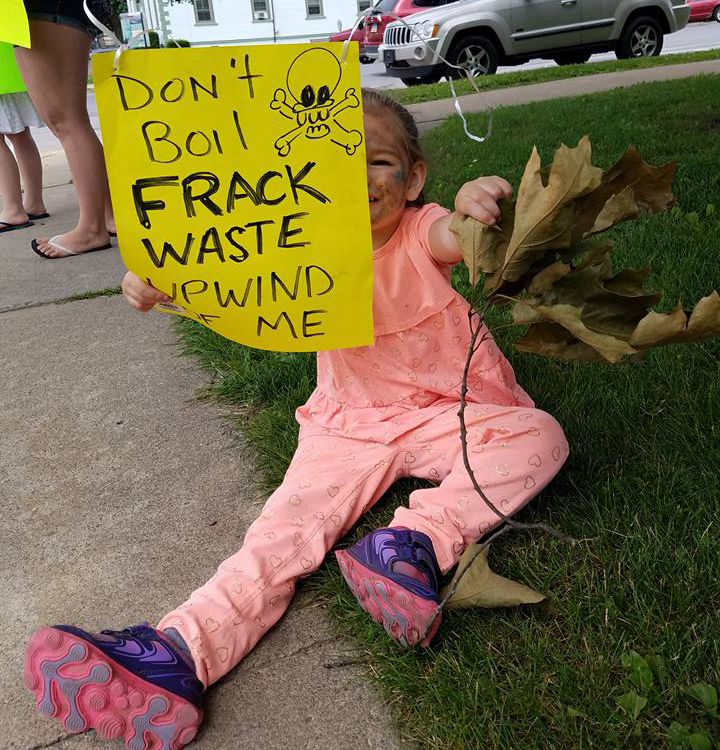 A group of Coudersport area residents recently held a meeting and discussed their concerns and compiled a list of comments and questions  submitted them to the DEP. (This email address is being protected from spambots. You need JavaScript enabled to view it.)

They are awaiting the DEP's response.

The following is the list of comments, requests and questions they submitted:

1. We are requesting the DEP hold a meeting in the Coudersport area to address the community’s concerns, explain to residents the frack waste facility permitting process and the associated issues including the emissions from the distillation process, air born  particulate matter, the nature and composition of the effluent, flood, emergency management & traffic, radiation protection,  associated with the Epiphany facility.

2. The ownership of the property CAMA leased to Epiphany is uncertain. The Lease states: “WHERAS, Landlord is the owner of certain parcels of land in Eulalia Township hereinafter described with which are the subject of this Lease (the “Premises”)…” The deed (according to public records) does not identify CAMA as the owner of the parcel.  An area resident filed “Right to Know” request with CAMA asking for information identifying the owner of the parcel. And CAMA denied the RTK request. 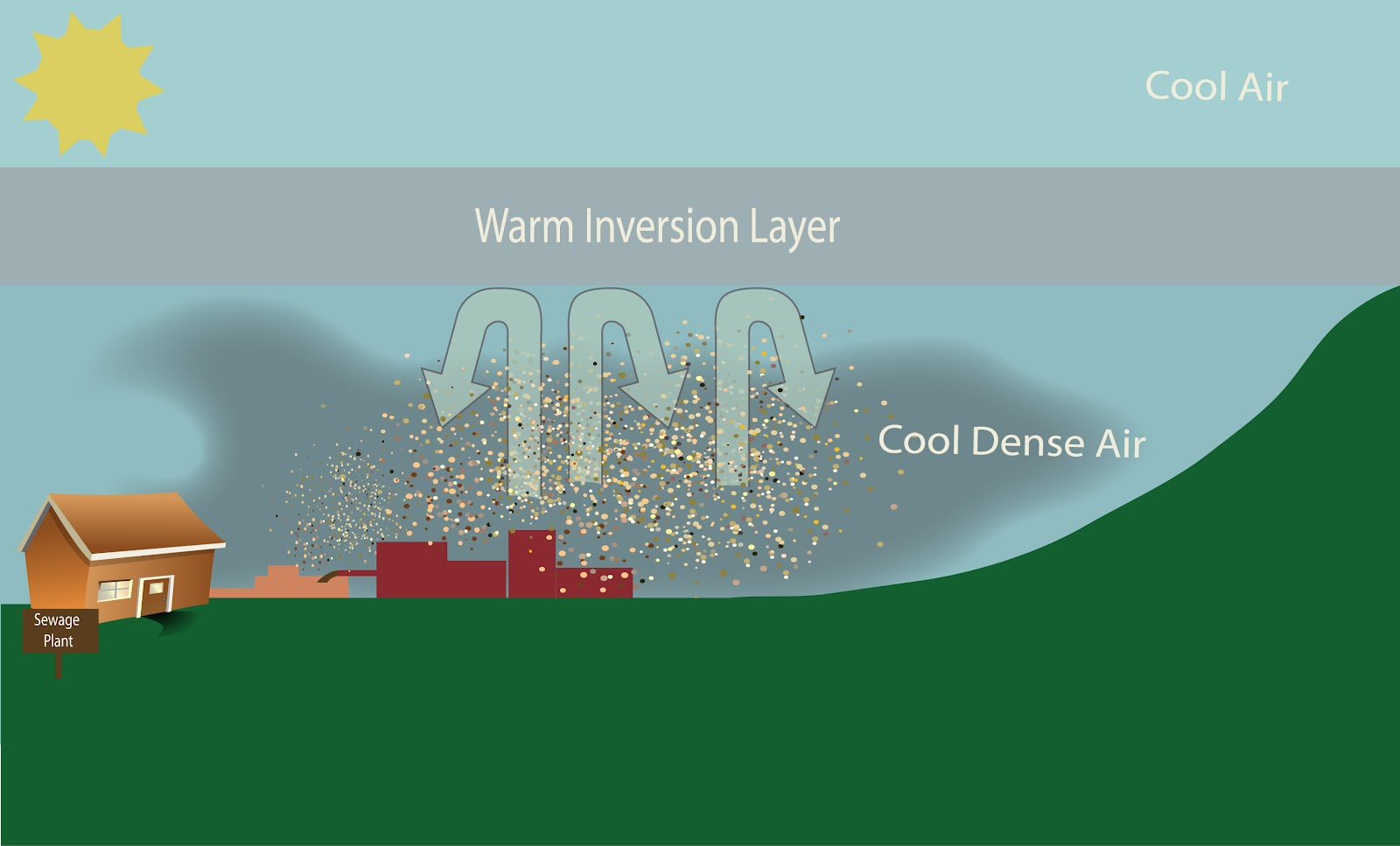 3. We are requesting baseline and continuous air sampling in the area of the facility because the geography in the area regularly causes air inversion.  The air generally sinks over a wide area of the proposed facility because of the area geography.  And the nearby population is vulnerable, including senior apartments nearby.4.When there is wind, the mountains funnel air from the proposed site directly toward the elementary school.

5. George Stenhach, CAMA’s solicitor has gone on the record during EVERY (public) monthly meeting since July 2017 explaining CAMA  is only “leasing” land.  He said over and over and over again during meetings; it’s strictly a “real estate” agreement and that’s it.  The Letter of Intent (signed by CAMA & Epiphany), Lease and permit application all indicate differently. It seems more of a partnership than a real estate lease; so far CAMA has invested thousands into the venture, paying for engineering costs, permits and even agreeing to cover the costs of utilities and more.

6.Stenhach split the baby; scolding members of the public who alleged during the public comment periods of their monthly meetings that the facility application seems to seek authorization to accept Epiphany’s waste. Someone needs to explain to the public in plain language what permits that have been applied for by whom & what they may or may not authorize.

7. We are requesting the DEP require CAMA notify the public by publishing a notice in a local newspaper if the CAMA board members decide to accept waste from Epiphany’s facility and apply for the required permits.

8. We want to know what part of Epiphany’s proposed process removes radiation.

9. We want to know what Epiphany will be required to do in order to protect the two species of special concern identified in the area of their proposed site by the Potter County Natural Heritage Inventory.

10.What does Epiphany intend to do that other facilities haven’t done where radioactive sediment accumulated downstream?

11. Will the allowable contaminant limits of CAMA’s effluent be more stringent than the facilities where radioactive sediment accumulated?

12. It is our understanding that the Epiphany facility is the first of its kind. And because the technology is unproven, treating waste from unconventional wells, if in the future CAMA does decide to accept waste from Epiphany’s facility, we are requesting continuous monitoring for radiation where Epiphany discharges to the sewage plant and also where the sewage plant discharges into the Allegheny River.

13. We would like to know if CAMA or Epiphany would be liable if the sewage plant’s discharge is radioactive and contaminates the Allegheny River.

14.Does the DEP remove radioactive sediment downstream of waste treatment facilities or would JKLM Energy, Epiphany or CAMA be required to remove it?

15.Or will it be left in the Allegheny River?

16.According to the waste water haulers and also the waste plans, currently JKLM’s waste is hauled to the Highland facility in Clearmont, PA which is a zero discharge facility. Is replacing the current waste treatment plan with a plan that may allow discharge into a waterway the best way to manage JKLM’s waste?

17.Will CAMA or Epiphany provide signage warning fisherman if they discharge to the Allegheny?

18.According to the application it seems the plan is to pack up the facility and move it to higher ground before flood events.  The proposed site is susceptible to sudden and sustained flooding according to the neighbor with pics.  Does the rainy day site have secondary containment?

19. Is Epiphany planning to put their facility on the back of trucks and drive it around until the flood waters subside?

20. How much will the facility weigh when full?

21. In the event CAMA applies for a permit to accept waste from Epiphany, can the facility size be expanded beyond this parcel?

22. Can waste be pipelined under Toles Hollow Road to/from the sewage treatment facility?

23. Are there grants available for startups like Epiphany to help fund waste treatment facilities?

24. CAMA will not answer questions from the general public.  They only accept comments during the public comment periods. During the last meeting a woman attended and asked CAMA about the risks on the Allegheny and CAMA’s solicitor advised her to contact Trout Unlimited with her concerns. 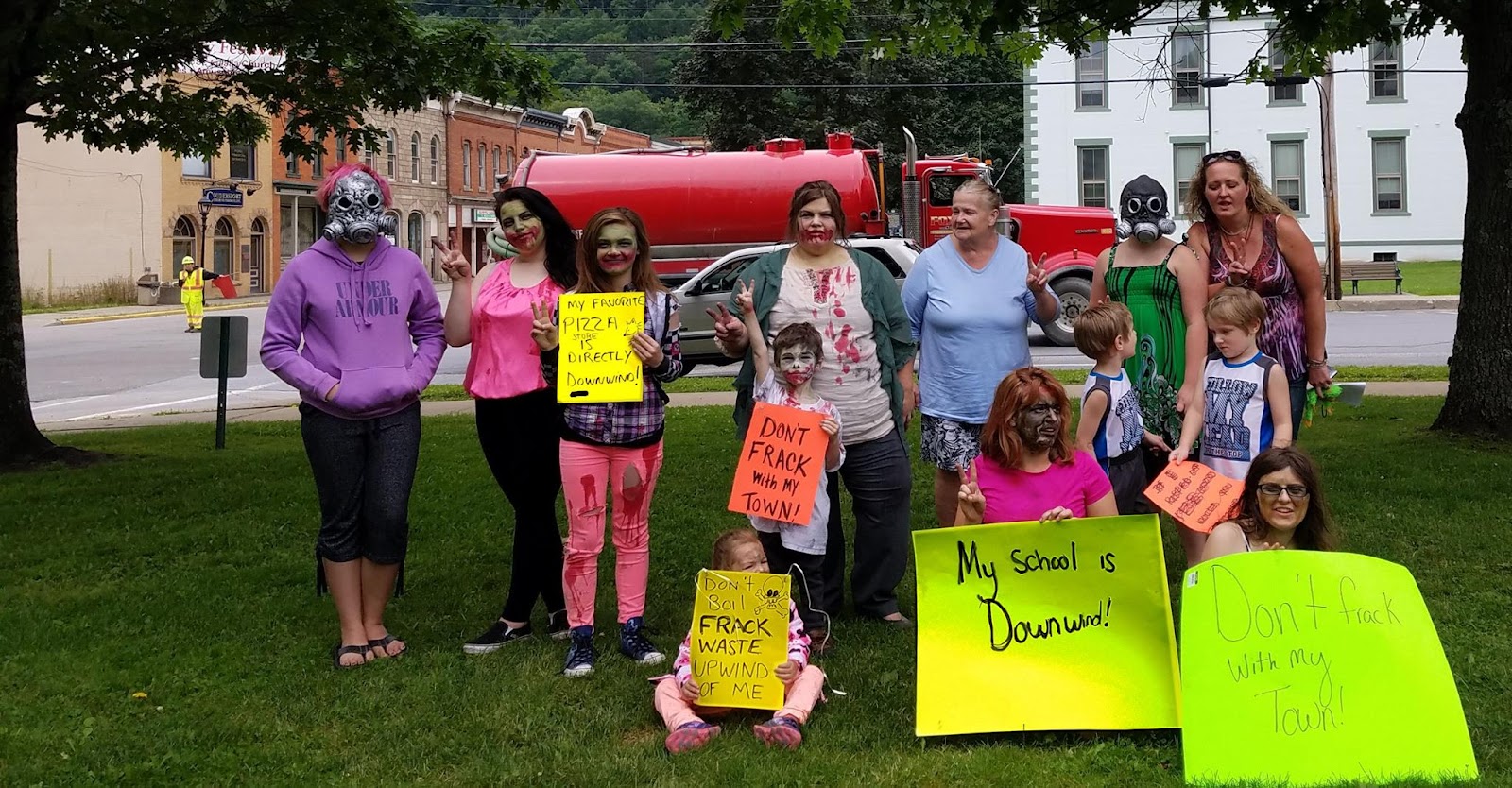 25. CAMA board members continue to meet behind closed doors with Epiphany, excluding the public from discussions by holding “executive sessions.”

26. Many area resident trust CAMA board members have accurately represented the Epiphany/ CAMA agreement; accepting as true the sewage treatment plant will not accept waste from the Epiphany facility. While others are convinced the lease is invalid, since CAMA didn’t own the land the board members leased to Epiphany.

These distortions really need to be cleared up.

Residents have a right to be correctly informed and deserve an opportunity to participate in the decisions that may negatively impact their environment.

CAMA board members were reminded by area residents during the June 2017 meeting of their duty to uphold Article 1, Section 27 of the Pennsylvania constitution which states:

The people have a right to clean air, pure water, and to the preservation of the natural, scenic, historic and esthetic values of the environment. Pennsylvania’s public natural resources are the common property of all the people, including generations yet to come. As trustee of these resources, the Commonwealth shall conserve and maintain them for the benefit of all the people.

(end of comments and questions.) 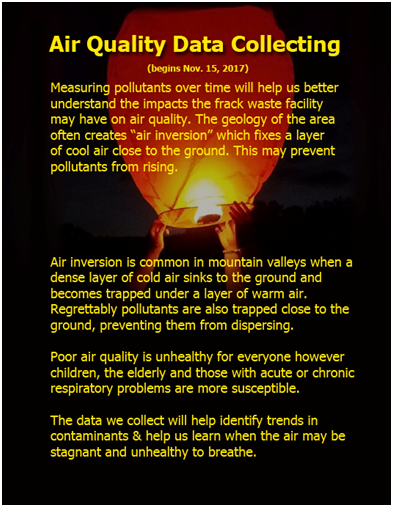